The late poet and author, Dr. John O’Donohue, made his own will without the benefit of legal advice. 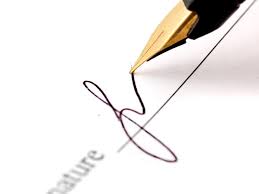 He was a very intelligent man. But he really needed to see a solicitor to have his will drafted.

Because in December, 2011 Justice Gilligan in the High Court declared the will he had drafted void for uncertainty and the entire estate passed to the testator’s mother.

Justice Gilligan, in his judgment, stated that

The Testator has unfortunately provided an illustration of exactly how a person should not make a will. While there can be little doubt but that the Testator was a man of considerable learning, the fact that he did not benefit from legal advice or assistance is evident from the will he drew up. Not only was it deficient in terms of the lack of certainty as to his intention but moreover he unwittingly made the classic error of having two of the intended beneficiaries act as witnesses to his signature, thereby depriving both as a matter of law from benefiting under the terms of the will.

As an introduction to his Judgment Judge Gilligan stated:

The making of a last will and testament is one of the most important tasks most people face and unfortunately it is one often approached in haste and without due consideration for its effect. A primary purpose of a will is to make a definitive statement regarding the disposition of a person’s assets on the event of their death. A properly drawn up will, prepared with the benefit of legal advice provided by a solicitor, should ensure that the testator’s wishes for the disposition of their estate will be fully complied with.

However in this case the Court was unable to decipher the intentions of Dr. O’Donohoe, even though it held that the will was valid insofar as the requirements of section 78 of the Succession Act, 1965 were met.

Once the will was held to be void the entire estate passes to the mother of the deceased in accordance with section 68 of theSuccession Act, 1965.

You can read the entire High Court judgment in O’Donohoe v O’Donohoe here.

Any money that may have been saved in not obtaining the assistance of a solicitor to draft the will in the first place was swamped into insignificance by the legal costs spent going to the High Court to have this dispute resolved.
By Terry Gorry Google+