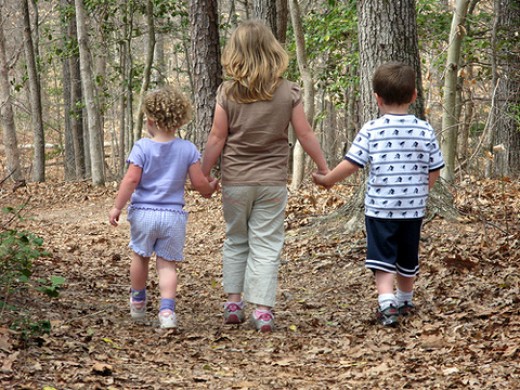 If an under-age child (under 18) receives a bequest in a will and there are no trustees, or if a child inherits on intestacy, the legal personal representative (LPR) faces the difficulty that there is nobody in whom he can vest the asset or from whom he may obtain a receipt.

(The Age of Majority Act, 1985 provides that a person shall attain full age when he/she attains the age of 18 years.)

This is the most critical reason why a trust should be inserted in a will where there are minor children.

However, if this does not occur all is not lost because section 57 of the Succession Act, 1965 helps out:

This means that where under-age children inherit and there are no trustees to give a receipt to the LPR the personal representative(s) can appoint trustees, including themselves.

In fact, if no trustees are so appointed the personal representatives are deemed to be trustees for the purpose of section 57.

However, section 57 only applies to the share of a minor, not anyone else who is unable to give a proper receipt to the executors.

The Powers of the Trustee

Trustees are allowed to hold property vested in them under section 57 of the Succession Act, 1965, and their powers are set out in section 58:

Section 58(2) above sets out the situation when an infant becomes entitled to land in an intestacy situation.

The Land and Conveyancing Law Reform Act, 2009, section 20, updated and clarified the powers of the trustee, and this act significantly amended the law relating to trusts from 1st December, 2009.

Part 4 and Part 5 of the Land and Conveyancing Law Reform Act, 2009 deal with trusts of land and variation of trusts.

Section 18 created the new statutory model of a “trust of land”, which covers all forms of trust of land, including where land is vested in a minor, regardless of whether the land vest before or after 1st December, 2009.

Section 19 sets out who are the trustees in each case of trust.

A parent, by deed or will, can appoint another person(s) to be guardian of their children after their death. A testamentary guardian can act jointly with the surviving parent, provided the surviving parent does not object, in which case he/she can apply to court for an order under section 7 of the Guardianship of Infants Act, 1964.