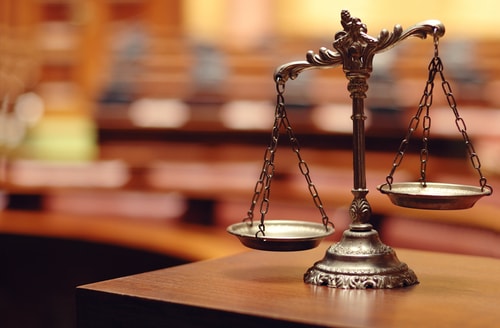 The Succession Act, 1965 protects surviving spouses of deceased persons by affording considerable protection as the Act restricts the right of the testator to leave his/her property to whoever he/she wishes.

Spouses’ Rights under the Succession Act, 1965

The estate to which the surviving spouse is entitled to a share in is ‘net estate’ which is ‘all estate…not ceasing on his death’. So this excludes trust property, joint property passing by survivorship, property in which the deceased had a limited interest, and validly nominated property (credit union accounts, post office saving certificates, nominated pension schemes).

Costs, liabilities and expenses also need to be taken into account to leave a net estate figure. It is this figure that the spouse is entitled to either one half of (no children) or one third of (children).

In summary, the legal right share is calculated on the net estate of the testator ie all property less expenses, debts, and liabilities.

This entitlement is called the ‘legal right share’ which only applies in a testate situation, that is where there is a will.

‘Children’ included for the purposes of section 111 above include

It does not include

The right of the surviving spouse to the legal right share ranks after the rights of creditors of the deceased but before all other beneficiaries.

112.—The right of a spouse under section 111 (which shall be known as a legal right) shall have priority over devises, bequests and shares on intestacy.

(2) In any other case, a devise or bequest in a will to a spouse shall be deemed to have been intended by the testator to be in satisfaction of the share as a legal right of the spouse.

If this situation occurs and the testator dies fully testate, then the surviving spouse will have a choice to make as set out in section 115 of the Act which provides for the surviving spouse to elect to between the legal right share entitlement and the rights under the will.

Appropriation of the Family Home in favour of a Surviving Spouse

Section 56 provides for the right of surviving spouse to require dwelling and household chattels to be appropriated.

Spouse no longer a spouse?

There are 4 ways by which a spouse ceases to be a spouse for Succession Act, 1965 purposes.

Section 113 provides for renunciation before or after marriage by way of a written contract.

The Judicial Separation and Family Law Reform Act, 1989 and the Family Law Act, 1995 can provide for property adjustment orders and the extinguishment of succession rights.

Section 120 of the Succession Act, 1965 provides for the unworthiness of the surviving spouse to succeed. An example of this situation is the ‘Catherine Nevin/Jack Whites Pub’ case: In Re Nevin, High Court, 1997.

It blows the will out of the water. And there is no compensation for aggrieved beneficiaries who lose out as a result.

Unlike spouses, children are not entitled to any specific share in a deceased person’s estate.

Accordingly, in a testate situation, a child is only entitled to whatever the will of the deceased says.

In an intestate situation a spouse is entitled to two thirds of the estate with the one third going to the ‘issue’. ‘Issue’, for the purposes of the Succession Act, 1965, includes marital and non-marital children, adopted children and their lineal descendants. Step children and foster children are not included.

It is worth noting the provisions of section 98 of the Succession Act, 1965. It provides that where a child predeceases a testator leaving issue at the time of death, the gift from the testator will not lapse but will take effect as if the death of that child occurred after the death of the testator, unless a contrary intention appears from the will.

This means that if a testator’s child predeceases him leaving grandchildren, any benefit that would have been received by the child will pass to his estate.

Actions that a Child Can Take Against an Estate

The Court will consider the situation from the perspective of a prudent and fair parent and must consider the position of the other children of the testator also.

The time limit for bringing an action under section 117 is 6 months and this is a strict limit.

The critical test for success of a section 117 challenge is

A court cannot make an order which will interfere with the legal right share of the surviving spouse.

The second type of action is a ‘section 63′ action. Section 63 of the Succession Act, 1965 deals with advancements to children and allows a child to bring a case against a child who has previously received an advancement during the testator’s lifetime. This action will seek to have the previous advancement to a sibling taken into account in the distribution of the estate on death.

If this action is successful, it will clearly impact on the distribution of the estate.

This is a very difficult action to succeed with.

However, if it is successful and an equitable interest has been established, it will prevail over the legal right share of the spouse and the claims of other children sharing the estate, unlike a successful section 117 action.

This is why it is advisable to insert a trust in a will where the beneficiaries may include under age children.

Section 58 is of assistance where a child becomes entitled to land on intestacy:

One other piece of legislation should be considered when dealing with children and wills:

Tax Status of a Child

Step children and foster children are not considered “children” for the purposes of the Succession Act, 1965; however they are under capital acquisitions tax legislation.
By Terry Gorry Google+